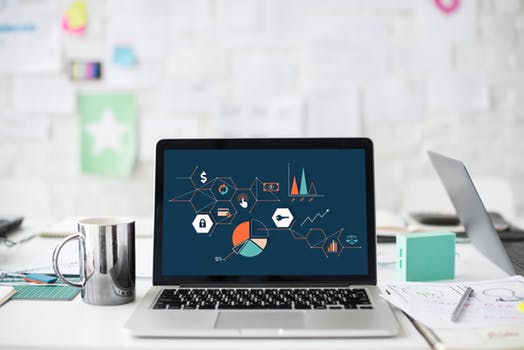 In this post I want to explore go metrics, which are exported by client_golang via promhttp.Handler() call.
Here is a sample program, registering prom handler and listening on 8080 port:

When you hit your metrics endpoint, you will get something like:

So Prometheus client reads /proc/PID/stat file, which looks like this:

You can get human readable variant of this information using cat /proc/PID/status.

process_cpu_seconds_total – it uses utime – number of ticks executing code in user mode, measured in jiffies, with stime – jiffies spent in the system mode, executing code on behalf of the process (like doing system calls). A jiffy is the time between two ticks of the system timer interrupt. 2

process_cpu_seconds_total equals to sum of utime and stime and divide by USER_HZ. This makes sense, as dividing number of scheduler ticks by Hz(ticks per second) produces total time in seconds operating system has been running the process. 3

process_virtual_memory_bytes – uses vsize – virtual memory size is the amount of address space that a process is managing. This includes all types of memory, both in RAM and swapped out.

process_resident_memory_bytes – multiplies rss – resident set memory size is number of memory pages the process has in real memory, with pagesize 4. This results in the amount of memory that belongs specifically to that process in bytes. This excludes swapped out memory pages.

process_start_time_seconds – uses start_time – time the process started after system boot, which is expressed in jiffies and btime from /proc/stat which shows the time at which the system booted in seconds since the Unix epoch. start_time is divided by USER_HZ in order to get the value in seconds.

process_max_fds – reads /proc/{PID}/limits and uses Soft Limit from “Max Open Files” row. The interesting bit here is that /limits lists Soft and Hard limits.
As it turns out, the soft limit is the value that the kernel enforces for the corresponding resource and the Hard limit acts as a ceiling for the soft limit.
An unprivileged process may only set its soft limit to a value up to the hard limit and (irreversibly) lower its Hard limit. 5

In Go you can use err = syscall.Setrlimit(syscall.RLIMIT_NOFILE, &syscall.Rlimit{Cur: 9, Max: 10}) to set your limit.

Go Collector’s most of the metrics are taken from runtime, runtime/debug packages.

go_goroutines – calls out to runtime.NumGoroutine(), which computes the value based off the scheduler struct and global allglen variable. As all the values in sched struct can be changed concurently there is this funny check where if computed value is less than 1 it becomes 1.

go_threads – calls out to runtime.CreateThreadProfile(), which reads off global allm variable. If you don’t know what M’s or G’s you can read my blogpost about it.

go_gc_duration_seconds – calls out to debug.ReadGCStats() with PauseQuantile set to 5, which returns us the minimum, 25%, 50%, 75%, and maximum pause times. Then it manualy creates a Summary type from pause quantiles, NumGC var and PauseTotal seconds. It’s cool how well GCStats struct fits the prom’s Summary type. 6

go_info – this provides us with Go version. It’s pretty clever, it calls out to runtime.Version() and set’s that as a version label and then always returns value of 1 for this gauge metric.

Go Collector provides us with a lot of metrics about memory and GC.
All those metrics are from runtime.ReadMemStats(), which gives us metrics from MemStats struct.
One thing that worries me, is that runtime.ReadMemStats() has a explicit call to make a stop-the-world pause 7.
So I wonder how much actual cost this pause introduces?
As during stop-the-world pause, all goroutines are paused, so that GC can run. I’ll probably do a comparison of an app with and without instrumentation in a later post.

We already seen that Linux provides us with rss/vsize metrics for memory stats, so naturally the question arises which metrics to use, the ones provided in MemStats or rss/vsize?

The good part about resident set size and virtual memory size is that it’s based off Linux primitives and is programming language agnostic.
So in theory you could instrument any program and you would know how much memory it consumes (as long as you name your metrics consistently, ie process_virtual_memory_bytes and process_resident_memory_bytes.).
In practice, however when Go process starts up it takes a lot of virtual memory beforehand, such a simple program like the one above takes up to 544MiB of vsize on my machine (x86_64 Ubuntu), which is a bit confusing. RSS shows around 7mib, which is closer to the actual usage.

On the other hand using Go runtime based metrics gives more fined grained information on what is happening in your running application.
You should be able to find out more easily whether your program has a memory leak, how long GC took, how much it reclaimed.
Also, it should point you into right direction when you are optimizing program’s memory allocations.

I haven’t looked in detail how Go GC and memory model works, a part of it’s concurrency model 8, so this bit is still new to me.

So let’s take a look at those metrics:

go_memstats_alloc_bytes – a metric which shows how much bytes of memory is allocated on the Heap for the Objects. The value is same as go_memstats_heap_alloc_bytes. This metric counts all reachable heap objects plus unreachable objects, GC has not yet freed.

go_memstats_alloc_bytes_total – this metric increases as objects are allocated in the Heap, but doesn’t decrease when they are freed. I think it is immensly useful, as it is only increasing number and has same nice properties that Prometheus Counter has. Doing rate() on it should show us how many bytes/s of memory app consumes and is “durable” across restarts and scrape misses.

go_memstats_sys_bytes – it’s a metric, which measures how many bytes of memory in total is taken from system by Go. It sums all the sys metrics described below.

go_memstats_lookups_total – counts how many pointer dereferences happened. This is a counter value so you can use rate() to lookups/s.

go_memstats_mallocs_total – shows how many heap objects are allocated. This is a counter value so you can use rate() to objects allocated/s.

Turns out that Go organizes memory in spans, which are contiguous regions of memory of 8K or larger. There are 3 types of Spans:
1) idle – span, that has no objects and can be released back to the OS, or reused for heap allocation, or reused for stack memory.
2) in use – span, that has atleast one heap object and may have space for more.
3) stack – span, which is used for goroutine stack. This span can live either in stack or in heap, but not in both.

go_memstats_heap_idle_bytes – shows how many bytes are in idle spans.

go_memstats_heap_idle_bytes minus go_memstats_heap_released_bytes estimates how many bytes of memory could be released, but is kept by runtime, so that runtime can allocate objects on the heap without asking OS for more memory.

go_memstats_heap_inuse_bytes – shows how many bytes in in-use spans.

go_memstats_heap_released_bytes – shows how many bytes of idle spans were returned to the OS.

go_memstats_stack_inuse_bytes – shows how many bytes of memory is used by stack memory spans, which have atleast one object in them. Go doc says, that stack memory spans can only be used for other stack spans, i.e. there is no mixing of heap objects and stack objects in one memory span.

These metrics are bytes allocated for runtime internal structures, that are not allocated on the heap, because they implement the heap.

go_memstats_mspan_inuse_bytes – shows how many bytes are in use by mspan structures.

go_memstats_mspan_sys_bytes – shows how many bytes are obtained from OS for mspan structures.

go_memstats_mcache_inuse_bytes – shows how many bytes are in use by mcache structures.

go_memstats_mcache_sys_bytes – shows how many bytes are obtained from OS for mcache structures.

go_memstats_buck_hash_sys_bytes – shows how many bytes of memory are in bucket hash tables, which are used for profiling.

go_memstats_gc_sys_bytes – shows how many in garbage collection metadata.

go_memstats_next_gc_bytes – shows the target heap size of the next GC cycle. GC’s goal is to keep go_memstats_heap_alloc_bytes less than this value.

go_memstats_last_gc_cpu_fraction – shows the fraction of this program’s available CPU time used by GC since the program started.
This metric is also provided in GODEBUG=gctrace=1.

Playing around with numbers

So it’s a lot of metrics and a lot of information.
I think the best way to learn is to just play around with it, so in this part I’ll do just that.
So I’ll be using the same program that is above.
Here are the dump from /metrics (edited for space), which I’m going to use:

heap_inuse_bytes minus heap_alloc_bytes, should show the amount of free space that we have in in-use spans, which is 2,9 MiB – 2.1 MiB = 0.8 MiB.
This roughly means that we can allocate 0.8 MiB of objects on the heap without using new memory spans.
But we should keep in mind memory fragmentation.
Imagine if you have a new bytes slice of 10K bytes, the memory could be in the position, where it doesn’t have a contiguous block of 10K bytes + slice header, so it would need use a new span, instead of reusing

The interesting detail about sys_bytes, is that it’s 68,9 MiB it’s how many bytes of memory in total taken from OS. Meanwhile, OS’es vsize gives you 616,7MiB and rss 10.4 MiB. So all these numbers don’t really match up.

As I understand it so part of our memory could be in OS’s memory pages which are in swap or in filesystem (not in RAM), so this would explain why rss is smaller than sys_bytes.

And vsize contains a lot of things, like mapped libc, pthreads libs, etc. You can explore /proc/PID/maps and /proc/PID/smaps file, to see what is being currently mapped.

gc_cpu_fraction is running crazy low, 0.000001 of CPU time is used for GC. That’s really really cool. (Although this program doesn’t produce much garbage)

I love Go and the fact that it exposes so much useful information in it’s packages and simple users like you and me can just call a function and get the information.

It was really cool playing around and reading about linux & Go, so I’m thinking of doing part 2 of this post. Maybe go look into metrics provided by cAdvisor or show how to use some of the metrics described here in dashboards/alerts with Prometheus.

Also, once vgo get’s integrated (and I really really hope it does, cause it’s like the best package manager I ever used). Then we should be able to inspect dependencies from some go runtime package, which would be really cool! Imagine writing a custom prom collector, which would go through all your dependencies, check for new versions and if found wouldgive you back a number of outdated pkgs, something like go_num_outdated_pkgs metric.
This way you could write an alert if your service get’s terribly outdated. Or check that your live dependency hashes don’t match current hashes?